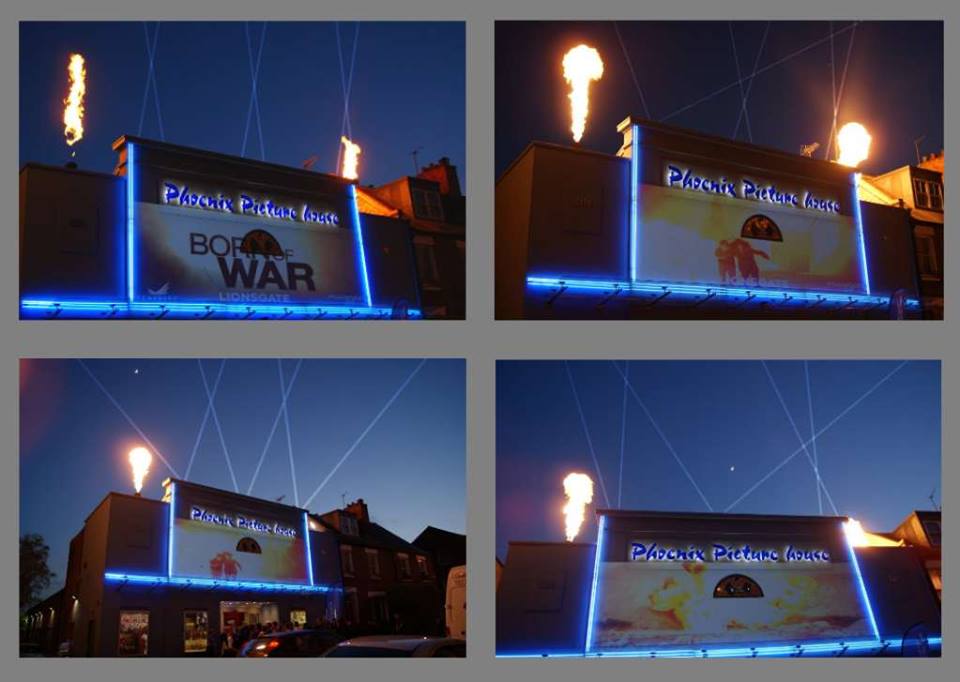 For the film premiere launch of Born of War, Oxford’s Phoenix Picture House
was transformed with a large outdoor building video projection of the trailor spread across the front facade of the cinema. Along the top firestorm flame effects shot massive 5 meter flames into the air to add drama to the effects, and lastly 6 Searchlights framed the cinema to welcome the films stars.