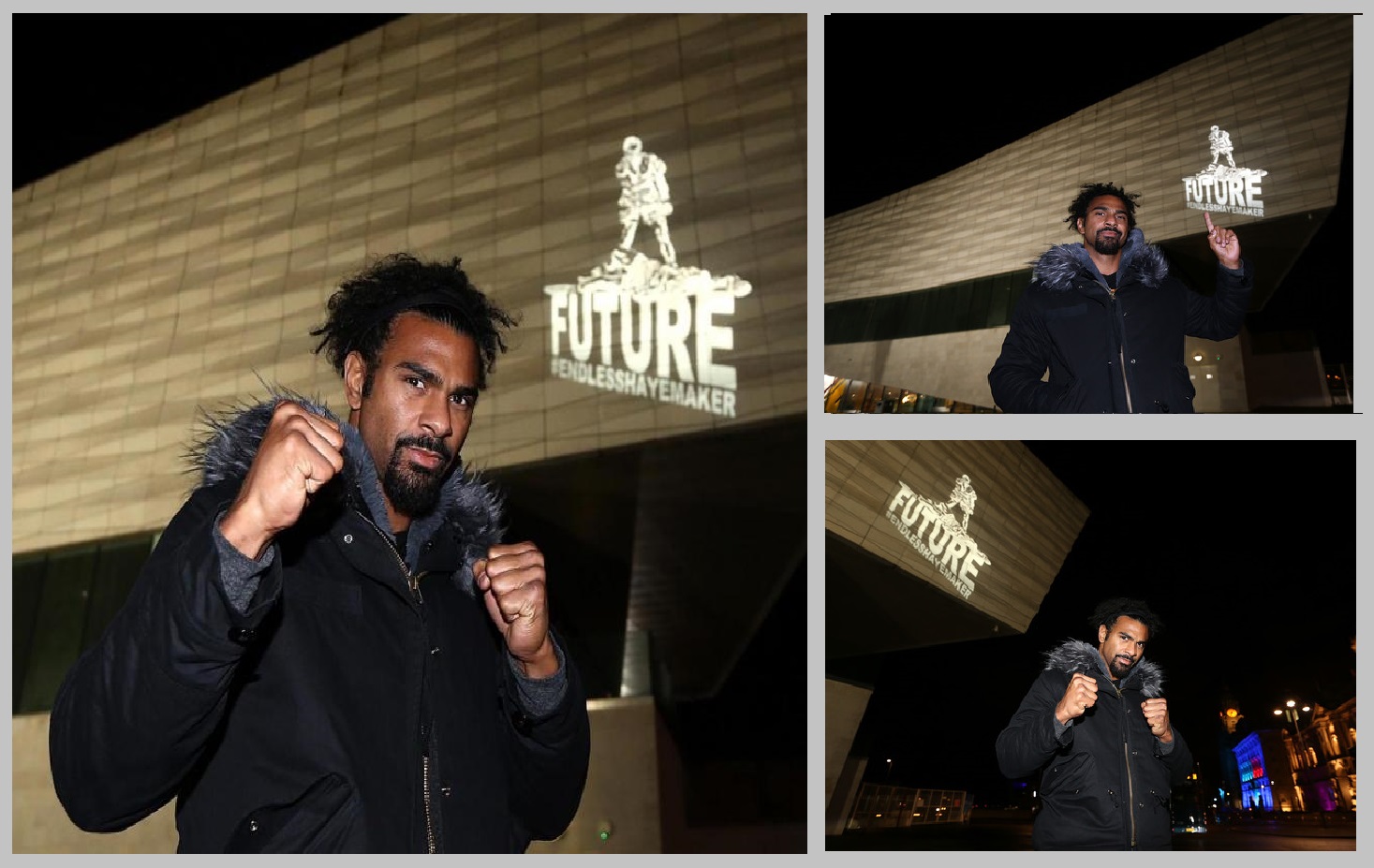 Fusion Festival celebrated its move to Liverpool for this years festival on 3rd & 4th September with a massive projection across the Liver Building and Searchlights shining high powered coloured beams into the Liverpool skyline.

A massive projection for the #GoodLuckAP campaign was launched last night in honour of AP McCoy’s last race at Aintree.

Liverpool’s famous Liver building was illuminated with Searchlights and a large outdoor projected image of one of McCoy’s finest moments – winning the world famous Grand National on Don’t Push It in 2010 – together with the words “The Greatest Jockey. The Greatest Race.”

Ahead of AP McCoy’s retirement from the sport Aintree racecourse though it was appropriate to celebrate this great man as he becomes the jockey to have had the most rides in the history of the Grand National. With his connections with the world famous Grand National held in Liverpool where better than to project onto the Liver Building to celebrate a great city and a great sporting champion.

Searchlights over London for Invictus Games

In the run up to the Invictus Games Searchlights and Large Scale Building Projection was used on London Landmarks Tower Bridge and Buckingham Palace and finally for the event at the Olympic Stadium.

High Powered Search lights were used to create massive beams across the London Skyline and bring attention to the the first International sporting event for injured and wounded Servicemen and women. 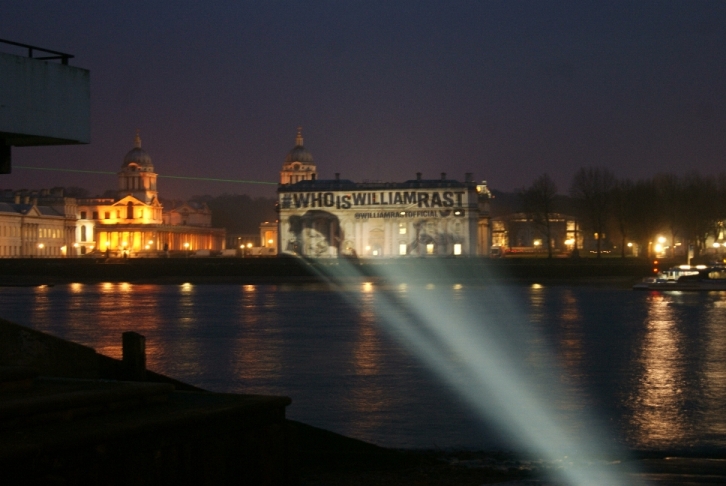 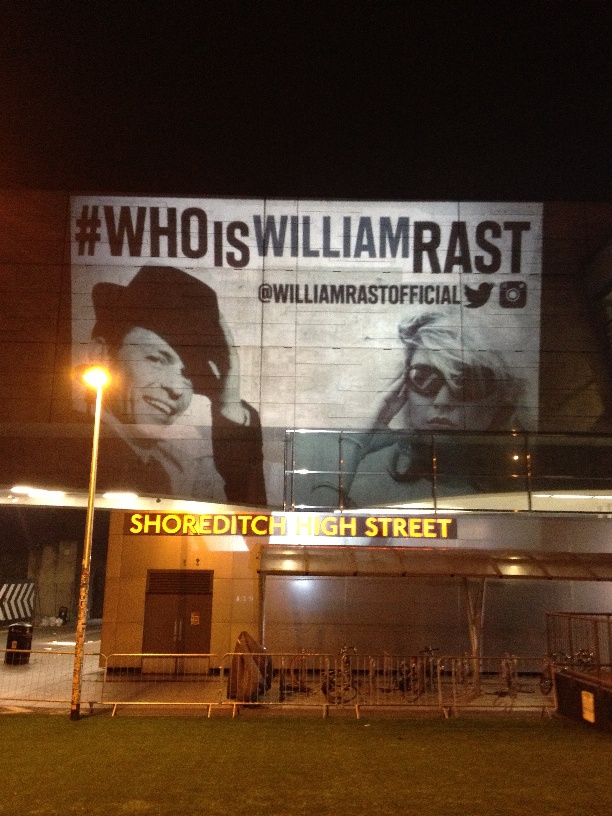 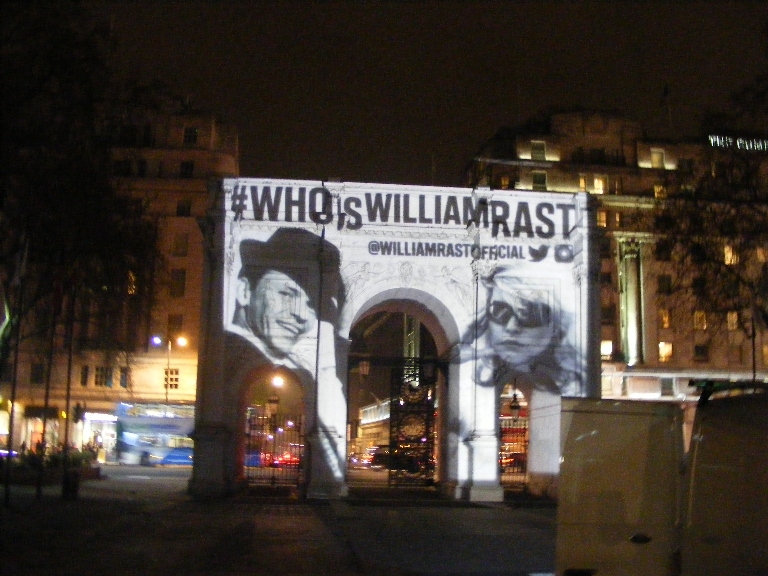 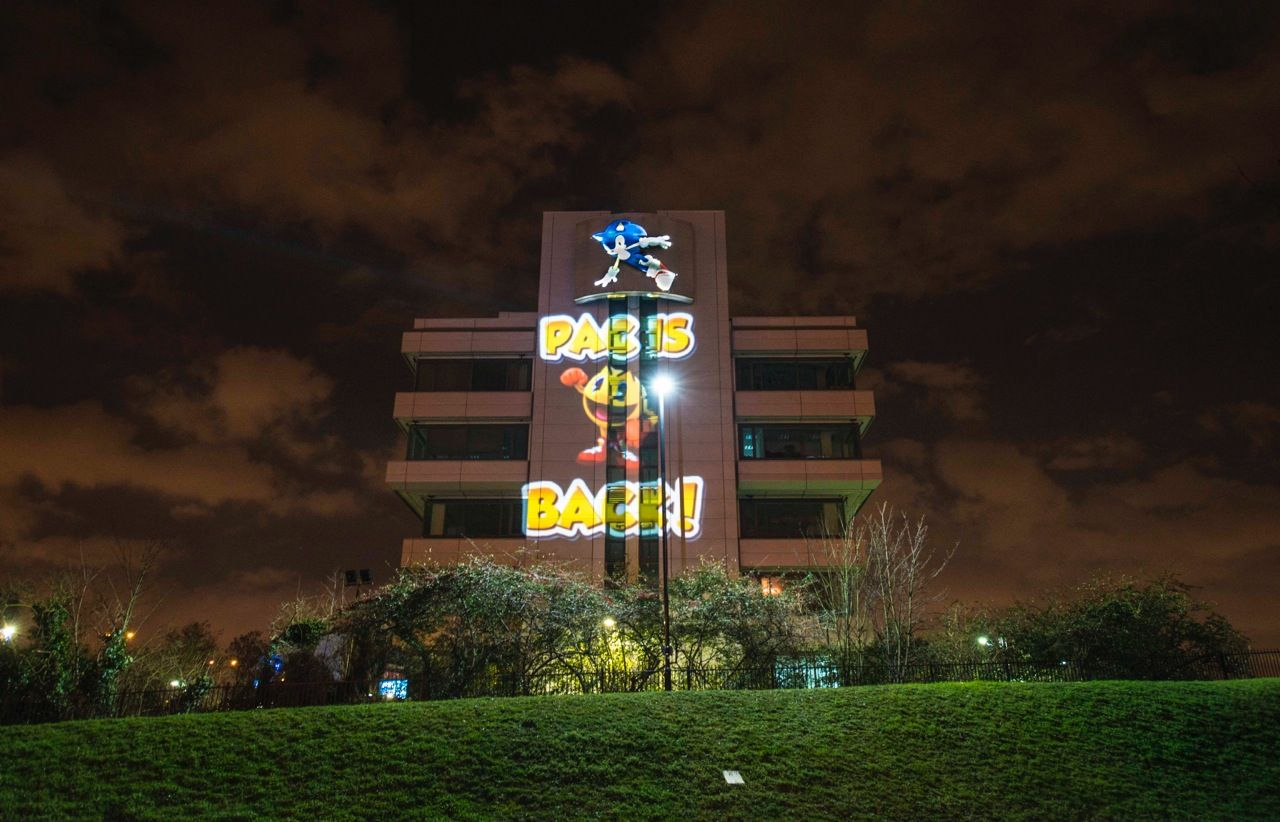 Namco Bandai’s covert projection of a four storey Pac-Man on to Sega’s UK HQ aimed to “raise a smile” in the gaming industry amid wider media attacks over issues like violence and trolling, its mastermind has said. 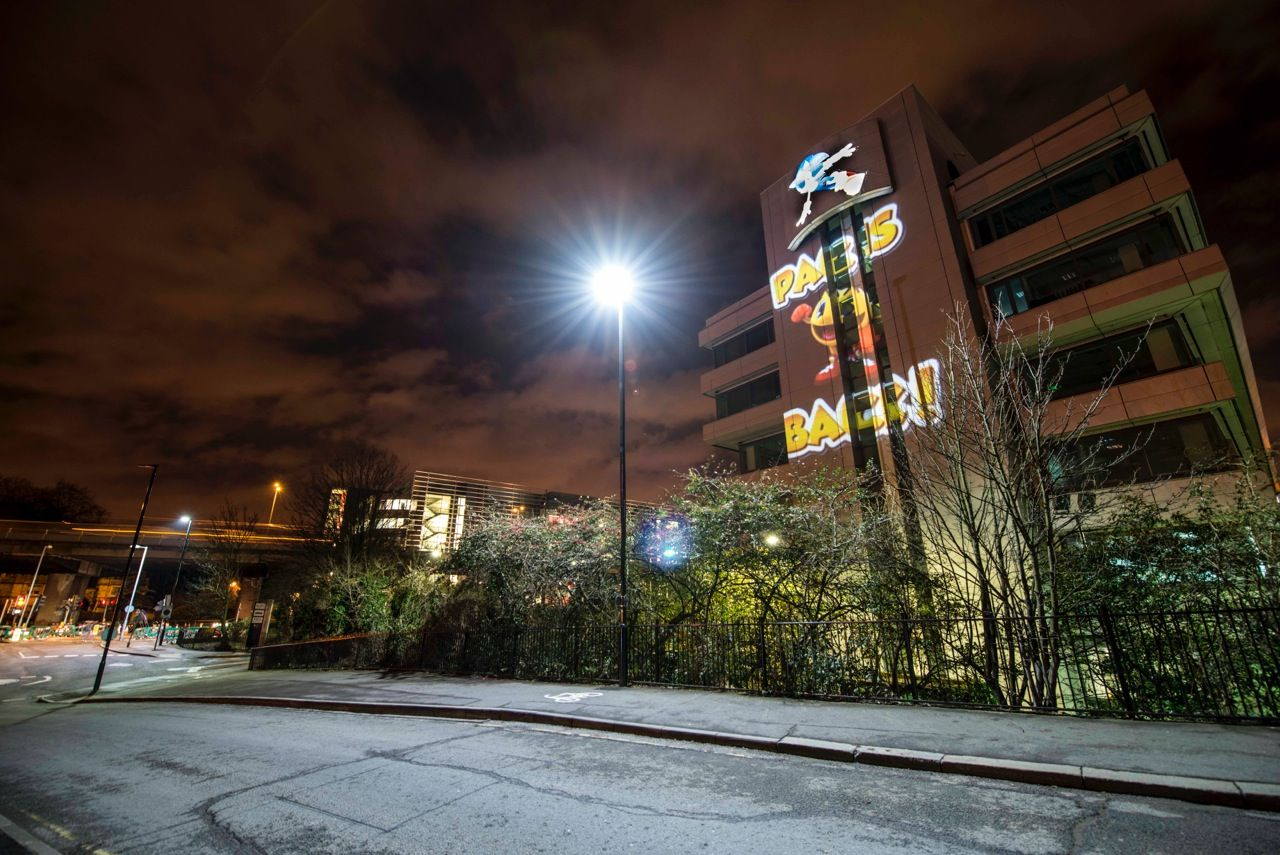 Pac is Back: Pac-Man was projected on to the walls of Sega’s HQ

Just before midnight on Monday the games developer projected 80-foot images on to its rival’s prominent Chiswick offices as part of a revival of the iconic gaming character under the ‘Pac-Man and the Ghostly Adventures’ brand.

The stunt, which was shut down after five minutes by security guards, was led by Namco Bandai’s in-house team alongside Stature PR.

UK marketing and PR director at Namco Bandai Lee Kirton said that the team pressed ahead despite fears the stunt could backfire.

“We were nervous about doing it as we didn’t want to upset Sega or get in trouble with the police, but we wanted to raise a smile in the industry, and show coverage doesn’t have to involve negativity on issues like violence and trolling. We wanted to do something fun with a bit of old school rock’n’roll PR and gain some coverage at the same time.”

Inspired by work with Channel 5’s The Gadget Show in November to create a Guinness World Record for ‘the largest architectural projection mapped game’, the team hired the technical brains behind the FHM stunt involving an image of Gail Porter being beamed on to the Houses of Parliament.

Projecting from a van in the car park of a building site nearby, Namco Bandai deployed three photographers to capture the image – one of whom was based in flat specially rented out for the occasion – with pictures sent out to media contacts at around 3am on Tuesday morning. 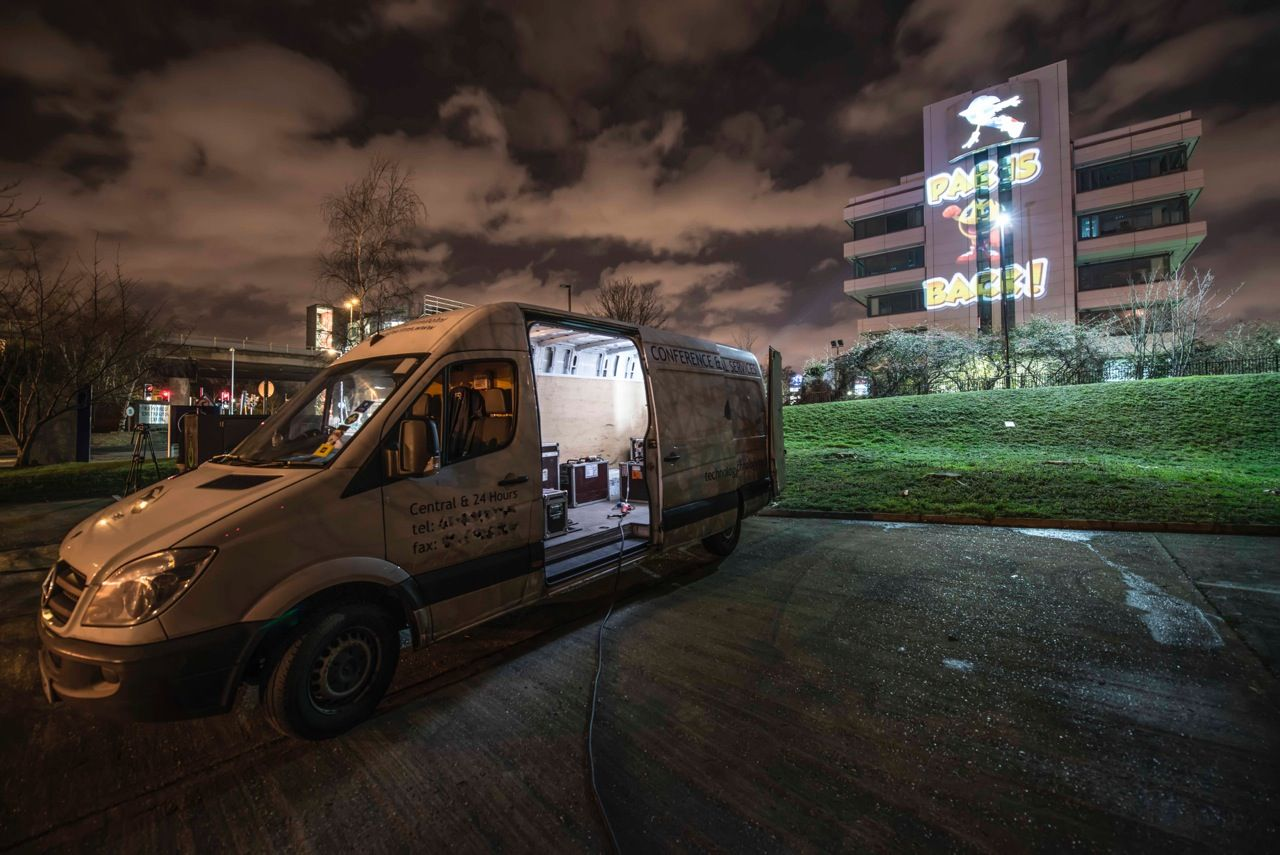 “We’d been planning it for months, and had aimed to do it at around 11pm but had to hold fire because there were still some people in the building,” said Kirton.

Pointing to one Sega creation in particular he added: “If there are two main characters from the iconic age of gaming it’s Pac-Man and Sonic The Hedgehog.”

via Surprise Pac-Man projection on to Sega HQ building aimed to “raise a smile” | PR Week.

The stunt was long planned and late Monday night the 80 foot iconic image of Pac Man was projected on to its rival’s prominent Chiswick offices as part of a revival of the iconic gaming character under the ‘Pac-Man and the Ghostly Adventures’ brand.