GWR Bristol Station celebrated the launch of its new high speed train with Searchlights, fireworks, and lighting the station green. 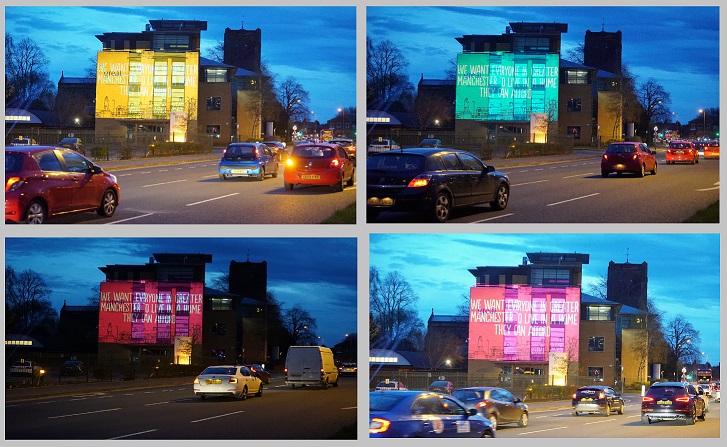 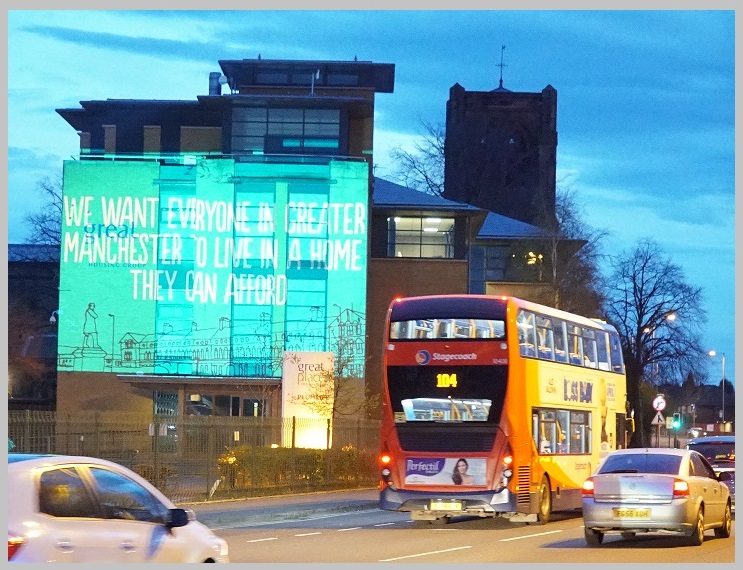 Images for Veterans Foundation were projected onto the White Cliffs of Dover to mark the 100th anniversary of the Battle of the Somme.

The words ‘Lest We Forget’ and ‘Battle of the Somme’ were among images shone on to the cliffs in Kent overlooking the English Channel. As well as marking the Somme’s 100th anniversary, organisers of the Veteran Foundation are launching a scheme to support Armed Forces veterans. 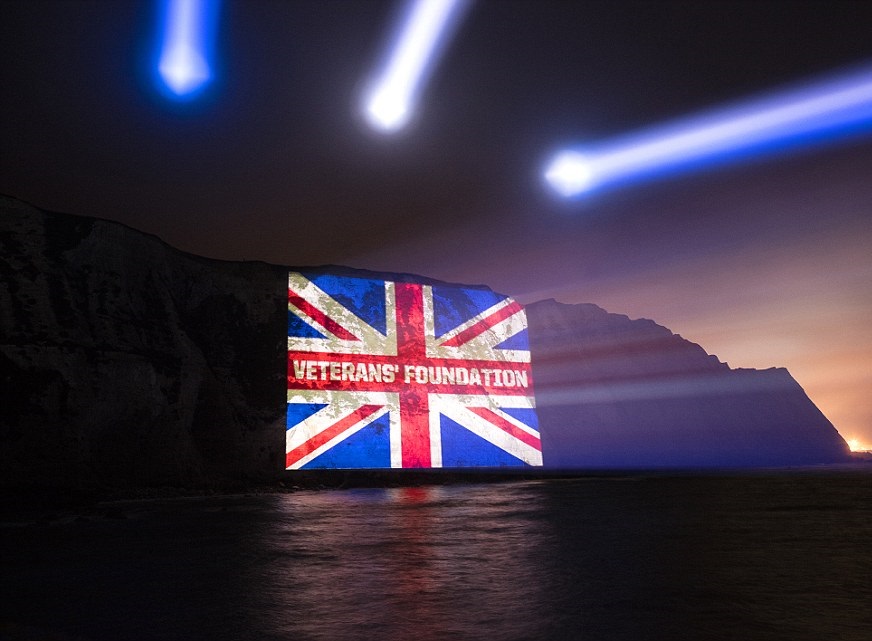 Hannah Campbell Ex-Army corporal- who lost her left leg in a blast in Basra – is aiming to raise £1 million to help veterans who have hit hard times. 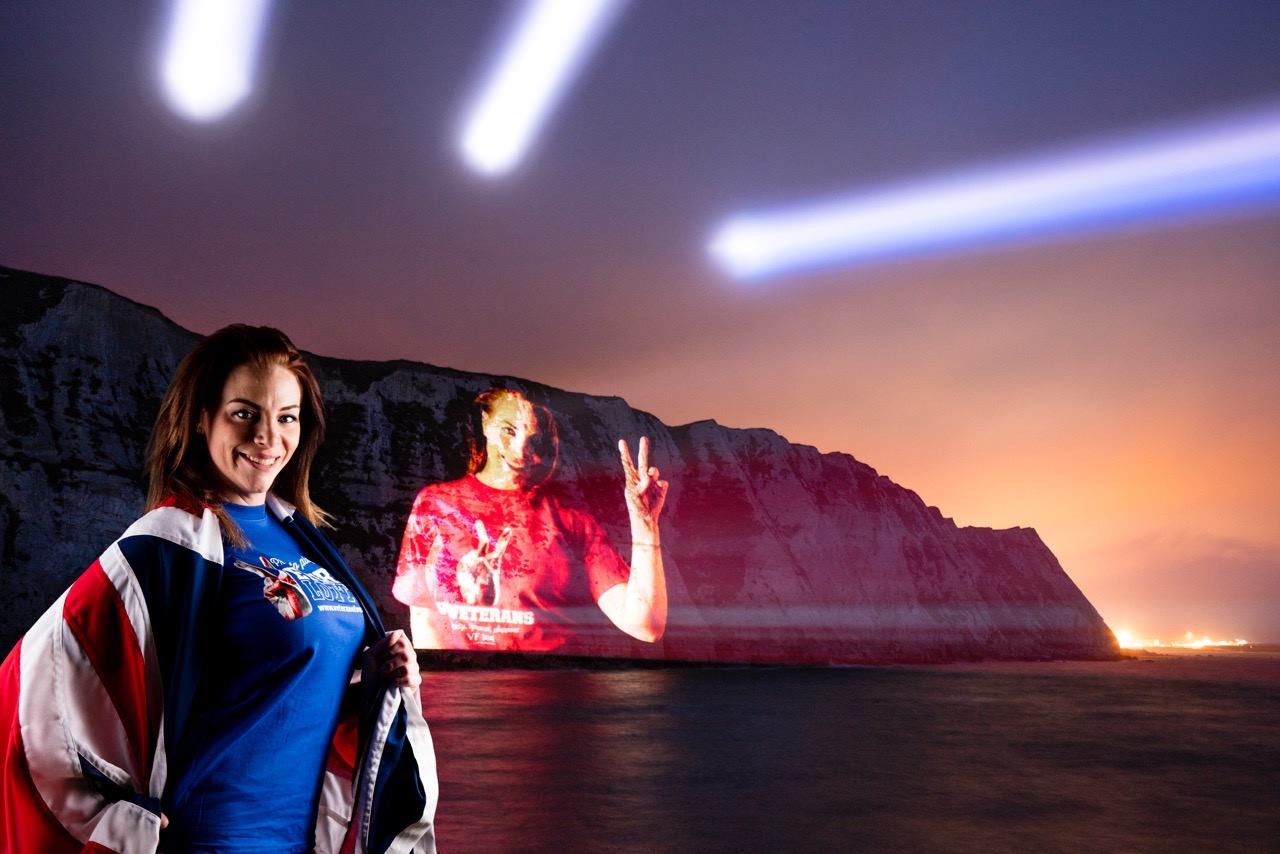 Projection and Searchlights on the White Cliffs of Dover

Ms Campbell said veterans sometimes face trauma, homelessness and poverty, as well as a need for retraining once they return to civilian life. With the help of the newly-launched Veterans’ Lottery, she hopes to secure funding for projects to help change the lives of those who served their country. 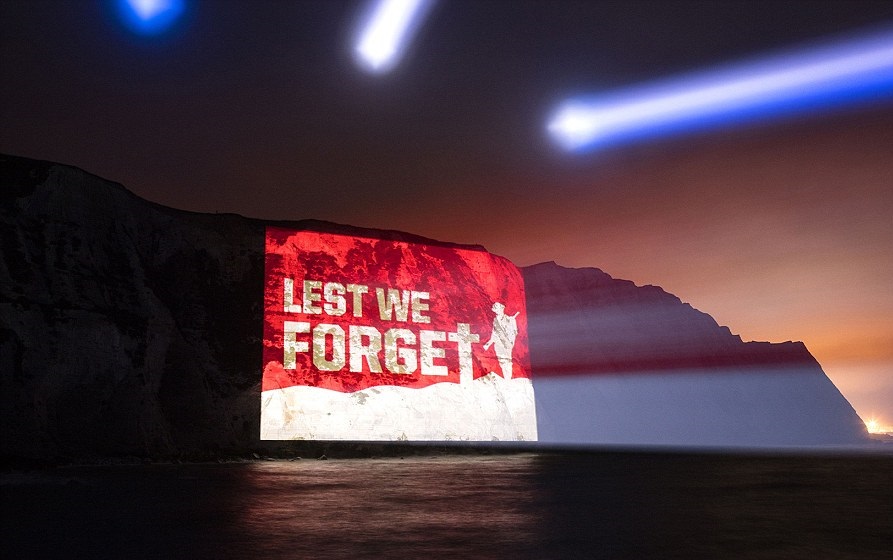 Ms Campbell, patron of the new Veterans’ Foundation, said: ‘July 1, 1916 was the heaviest loss in British Army history and those heroes gave everything to ensure our freedom. It is essential all of us remember that sacrifice. Lest we forget. 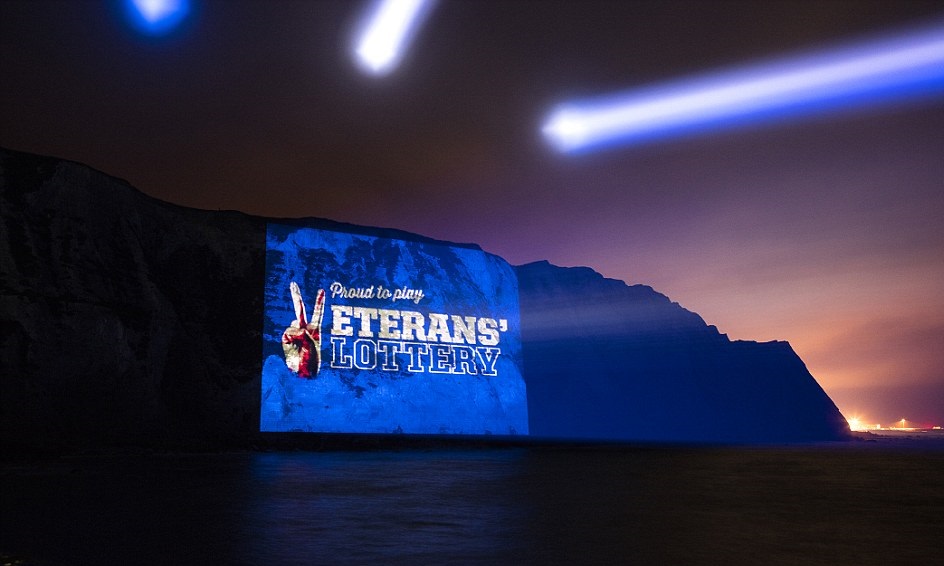 ‘At the same time, we must also be aware of what’s happening today, and those veterans that are in desperate need for help and support. We can’t change the past, but can learn from it and shape the future.’

For the launch of prestigious Apartments 6 High Powered Searchlights shined a beams into the night sky visible from The Shard so the prospective clients at the launch party could see where the location of the Apartments will be located.

A charity dinner evening was held at Britannia Naval College, Dartmouth for the 75th anniversary commemorations of the raid on Taranto with high powered searchlights welcoming the guests – the cadets, current aviators and engineering officers serving in the Fleet Air Arm plus guest of honour is Vice Admiral Walter E ‘Ted’ Carter, the superintendent of the US Naval Academy. He graduated from the US Navy Fighter Weapons School Top Gun in 1985.