Tower Bridge Projection for I AM INVICTUS 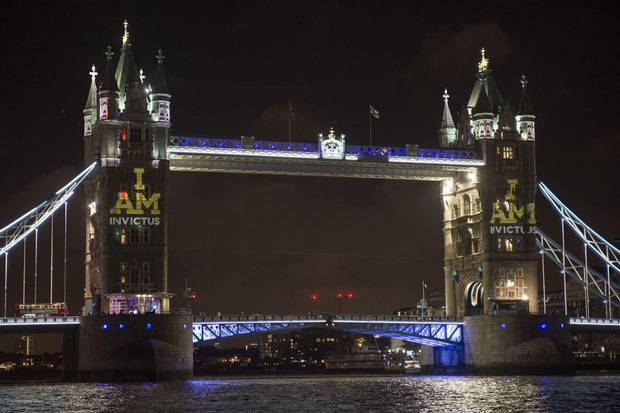 Tower Bridge was illuminated last night to mark one week to go before the first Invictus Games.A pair of 12.5 metre high I Am Invictus logos were beamed on to the towers. 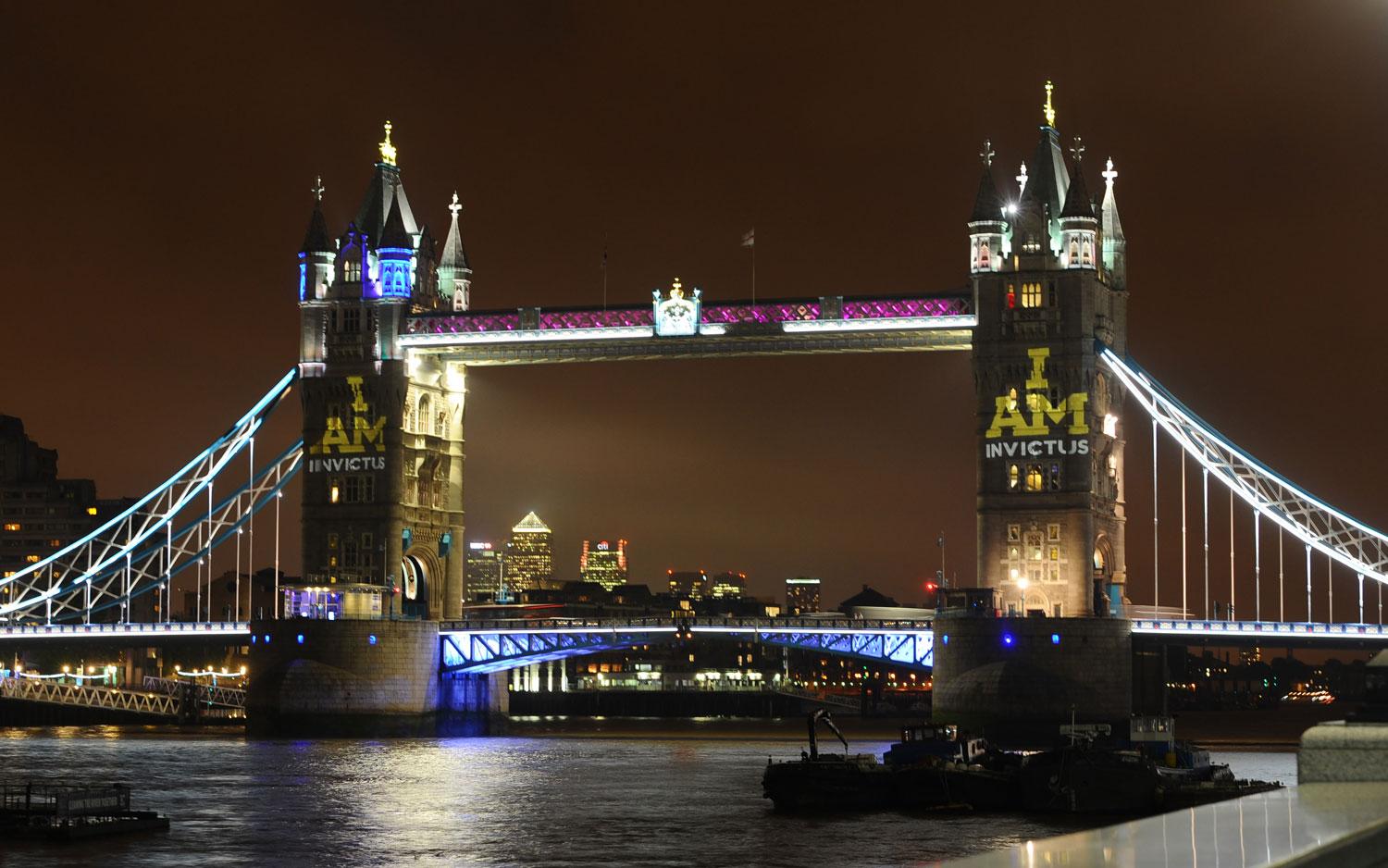 Londoners were today urged to snap up the last remaining tickets for the biggest multi-sport event in the capital since 2012, which will feature Olympics venues.More than 400 athletes from 13 countries will take part in the Invictus Games, of which about 130 are British.They have defied terrible injuries in the line to duty to make it to the peak of their sports, including track and field, wheelchair rugby, wheelchair basketball, swimming and cycling. Stunning: a photographer takes a snap of the scene Picture: Lucy YoungInvictus is a Latin word meaning unconquered.The five-day event, which features nine sports was announced by Prince Harry in March and kicks off next Wednesday September 10.There will be dazzling opening ceremony featuring the Games anthem, gun salutes and a Red Arrows fly-past in front of thousands of people at the Queen Elizabeth Olympic Park.Related linksPrince Harry vows Invictus Games will become regular eventInvictus Games: Kaiser Chiefs, Foo Fighters and Rizzle Kicks among stars to perform at concert finalePrince Harry reveals he ‘hates Twitter’ because of privacy issues as he shares social media tips with teenagers writing about his Invictus GamesEvening Standard comment: Want a good worker? Take on a soldier100 days to go as heroes get set for the Invictus GamesThe competitions will be hosted at the Stratford park – including the Copper Box Arena, Aquatics Centre and VeloPark – and Lee Valley Athletics Centre.The closing ceremony next Sunday will feature Foo Fighters and Ellie Goulding.Sir Keith Mills, the Games chairman, said: “It was just six months back when Prince Harry launched the Invictus Games at Queen Elizabeth Olympic Park. Project: former England rugby player Martin Bayfield interviews members of the British Team for the Invictus Games Picture: Glenn Copus“Now one week from the Opening Ceremony it’s fitting to see the emblem of the Invictus Games up in lights. “We’re ready for four days of inspirational sport and I’d urge anyone who hasn’t yet got tickets to get them fast.”Lance Corporal Derek Derenalagi, an athletics competitor from Watford, said: “Losing my lower limbs, it’s not really a big deal.“To be part of the British Armed Forces team in the Invictus Games and doing four different disciplines, I’m looking forward to it. I’ll try to make us all proud.”

via Tower Bridge up in lights to mark one week before first Invictus Games – London – News – London Evening Standard.