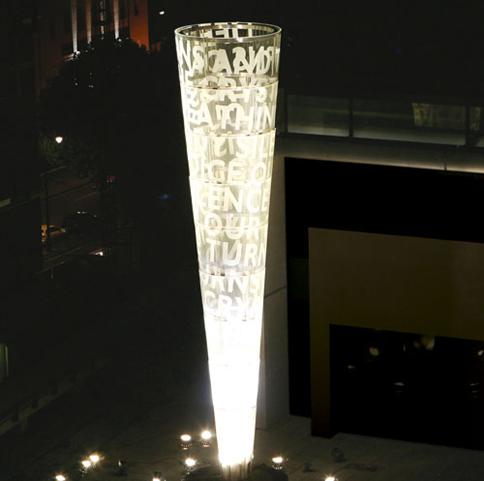 A light sculpture, dedicated to the memory of journalists and news staff killed in the line of duty, is being unveiled tonight in London by the BBC.

Designed by Catalan sculptor Jaume Plensa and BBC Broadcasting House architect Sir Richard MacCormac, the 10m-high glass and steel construction entitled ‘Breathing’ will be uncovered for the first time by the secretary-general of the United Nations, Ban Ki-moon.

‘We hope this poignant memorial will serve as a nightly reminder of the sacrifice made by many in the cause of free expression and journalism,’ says BBC director-general Mark Thompson.

Situated on the roof of the new wing of Broadcasting House in Portland Place, London W1, it is designed in the form of a giant listening glass and its light beam will extend 1km into the sky.

Every night the sculpture will be illuminated for 30 minutes, in tandem with BBC’s ten o’clock news bulletin.

More than 200 reporters have lost their lives since the start of 2007.

Jaume Plensa was responsible for the Crown Fountain – a public sculpture in Millennium Park, Chicago – and also created a sculpture called Dream in Merseyside for Channel 4’s Big Art Project 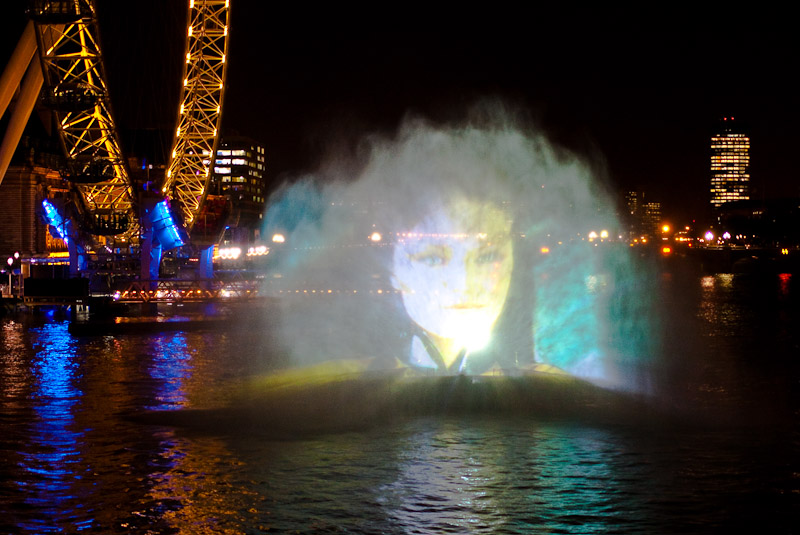 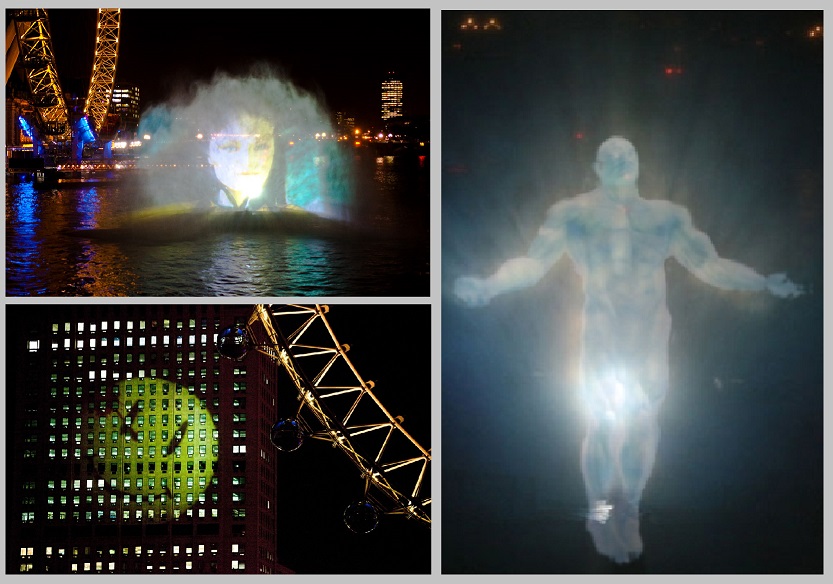 EMF’s 8KW Searchlights brought Ironbridge to life in a myriad of colours for the start of East Shropshire’s celebrations in the run up to the 2012 Olympics. The searchlights were part of a huge spectacular sound and light extravaganza – EMF called upon by with Stage Electrics Bristol.

EMF were asked to provide large building projections for the launch party of Peroni Alessi. Massive images of the Alessi products were projected, accompanied by two of our 8 KW Searchlights to welcome the guests to the party.