X-Men: Days of Future Past images light up Oxford Circus 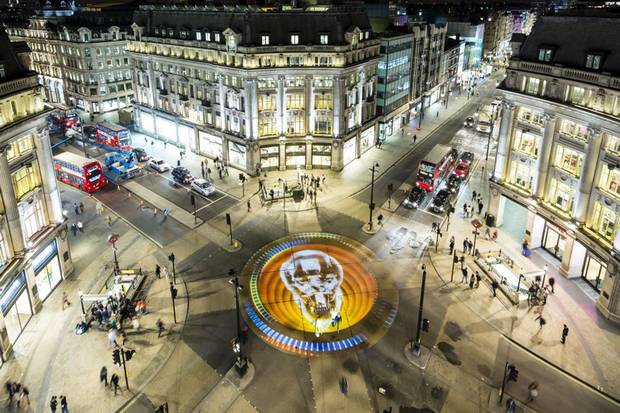 Graphics from hot new film X-Men: Days of Future Past are lighting up Oxford Circus.

Featuring images of the lead characters and photo stills, the images are sure to drum up excitement among fans from London.

The film, which is in UK cinema’s from tonight, has an all-star cast, including James McAvoy, Jennifer Lawrence, Patrick Stewart and Hugh Jackman.

James McAvoy has been speaking about his role in the X-Men film, telling XFM that filming scenes for it is ‘more like filming a sex scene’.