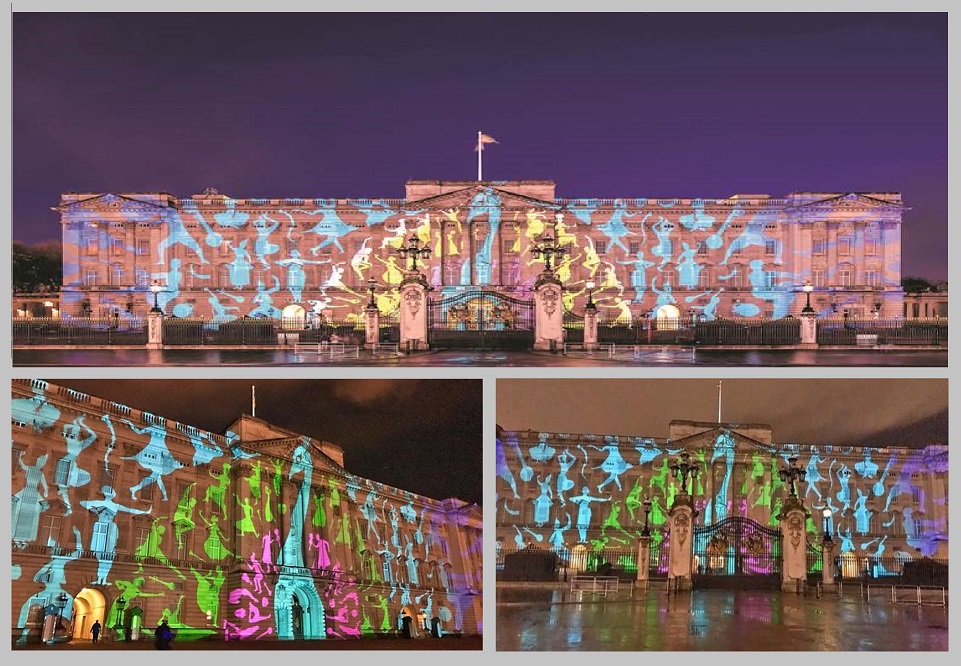 To celebrate the UK-India Year of Culture the national bird of India was projected over the facade of Buckingham Palace whilst the Queen, Head of the Commonwealth hosted a special reception  attended by the Duke and Duchess of Cambridge.

As the guests from the world of sport, fashion, show business and the arts arrived and drove through the gates of the palace they were greeted with the large projection shining across the palace.

The artwork was commissioned by the British Council and the Indian High Commission, with the peacock being the national bird of India it looked magnificent
The 2017 UK-India Year of Culture will celebrate the deep cultural ties of the two countries, and the reception at Buckingham Palace will begin the start of a year-long programme of events and exhibitions which will take place in both countries. These events are being organised by the British Council, together with the Indian High Commission in London, UK institutions and their Indian counterparts, with the aim to connect and inspire people to celebrate the long-standing relationship and vibrant cultural history.