Rochester Castle celebrated the one of England’s most historic moments – the siege of Rochester Castle in Kent with projection Mapping of the castle tower collapsing as it had done in 1215.

Rebels occupied the site in a bid to overthrow King John but King John was not about to give up that easily and defeated the rebels. The re-enactment of the siege 800 years later was projected across the castle with the famous battle scene played out below. 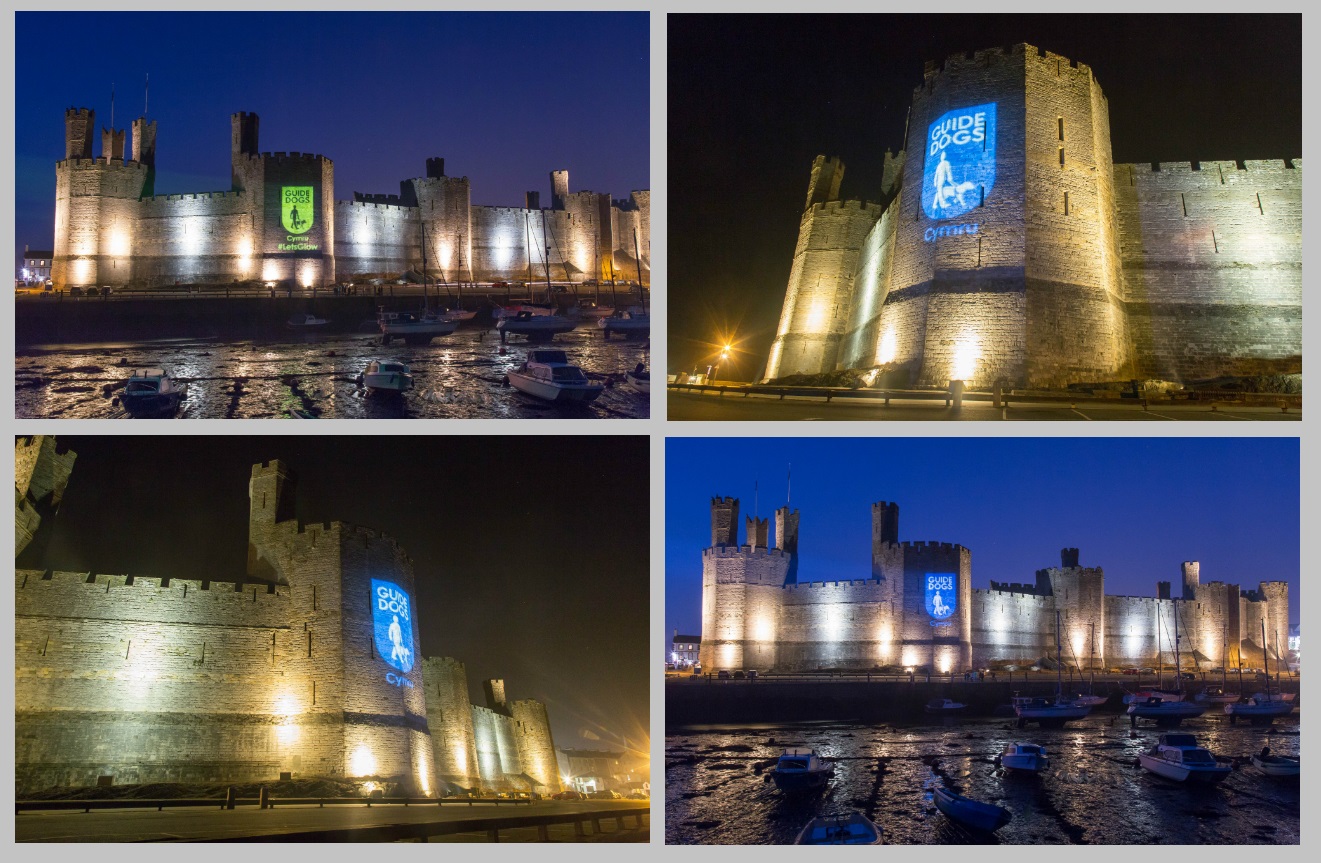 A projection campaign across the UK started with the magnificent Welsh Caernarfon Castle.
With special permissions the Guide Dog Cymru logo was projected onto the castle walls to start the Guide Dog week of special events raising money for the charity across Wales and the UK.

Paint It With Light projections
EMF present an exciting new technology that has applications for large scale displays on buildings and structures of any size. The new technology, enables you to paint large structures freehand. This is achieved by using high power digital video projection techniques and our custom developed software