-MADE IN THE MEADOW 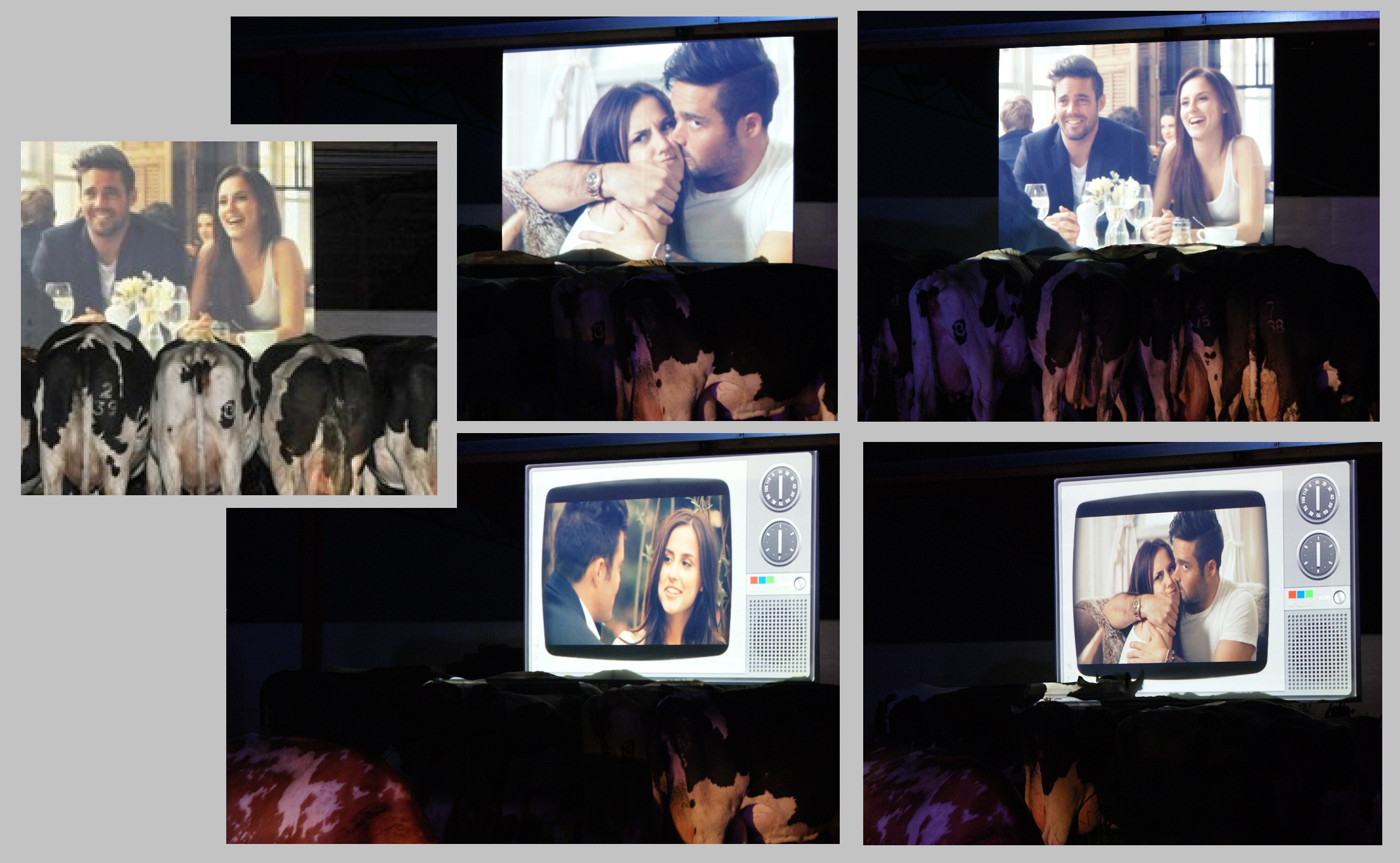 Reality TV stars found themselves in an unusual setting this week as scenes from Made in Chelsea were played to a field of cows in preparation for them becoming reality stars themselves this summer.As part of the #DISCOVERDAIRY campaign for DairyCo, the mammal movie goers became both directors and stars of a series of short films, in an effort to encourage young people to connect with dairy farming.The likes of Spencer Matthews and other cast members such as Binky Felstead from Made in Chelsea fought it out for the attention of the herd, as a 4 meter wide screen showed highlights from the popular reality TV show to gauge the cows’ reactions to the unfolding drama.Dairy farmer Rob Harrison said: “A friend of mine told me that his cows are into watching TV, but I’ve never witnessed it myself. They did seem to find it pretty interesting at first, although one or two paid more attention to the snacks provided. Fresh grass is a more suitable food for cows than popcorn so we stuck to that.”Amanda Ball from DairyCo, said: “This experiment was a bit of fun, but there is a serious message here too. Research suggests there is a lack of knowledge about what modern dairy farming is about but we know people are interested in finding out more – so we’re launching a campaign to try and bridge that gap.”The Discover Dairy campaign will see the mammal moovie goers turn into both directors and stars of short films in an effort to encourage young people to connect with farming. A separate series of videos presented by TV presenter Adam Henson alongside the cow herd will also feature in the WATCH section of www.thisisdairyfarming.com.This experiment was set up for dairy farmers by DairyCo, a not-for-profit organisation providing information about dairy farming, to prepare the herd for a starring role in a series of films which launch on www.thisisdairyfarming.com this week. 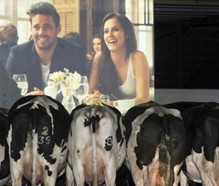 via Made in the Meadow.