The lucky prizewinners joined the stars of the new Hollywood blockbuster at the Clash of the Titans premiere London event. The new film received its world premiere at Leicester Square before it is released in 3D in cinemas around the country. 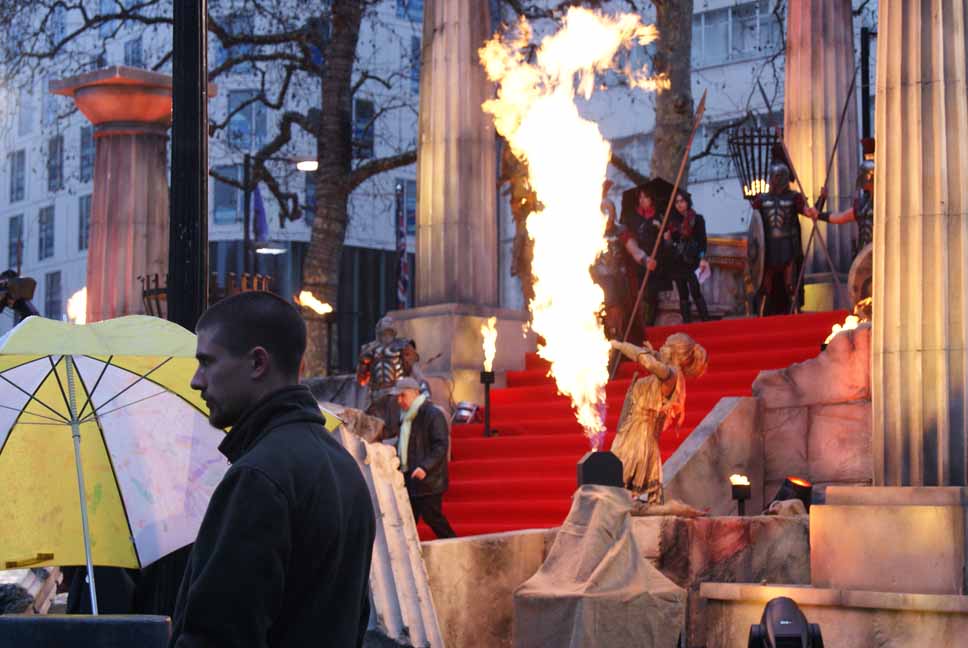 Flame effects at UK Premiere of Clash of the Titans